Drug addiction is nothing but a chronic brain disease. It makes the brain feel that the drugs are essential even after knowing the negative consequences of those. Here the addiction describes the will of the individuals to go to any extent to acquire the drug to abuse it. National Institute on Drug Abuse stated that in 2013 more than half of the new illicit drug users belonged to the age groups below 18 years. Usually, the initiation in addiction is voluntary. However, repeated intake of that drug might lead to carving for the drug and loss of self-control. This voluntary initiation typically begins with experimentation. 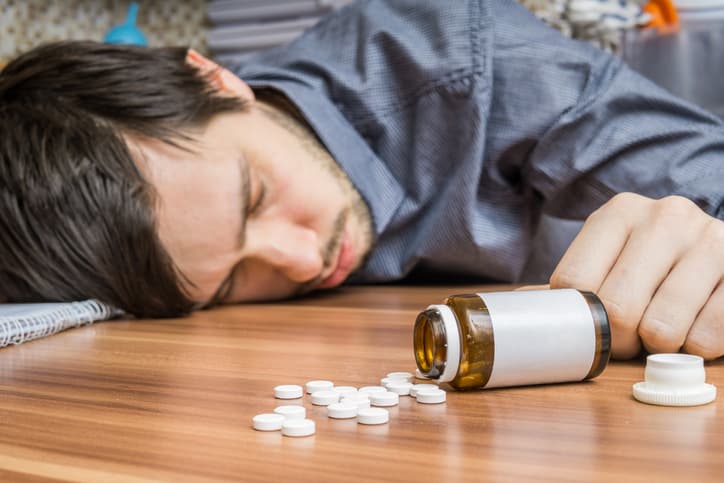 Types of Drugs Being Abused

Since 2002, this drug abuse has been high. There are various types of drugs that are being abused. with marijuana and prescription opioid misuse leading the charts, 10.2 percent of the American population were past-month users of illicit drugs according to a 2014 National Survey on Drug Use and Health report. Opioids, Depressants, Stimulants, Hallucinogens, and Cannabis are the types of drugs being abused.

This includes both natural opiates like Morphine and synthetic drugs made from opium. Medically, these drugs are used to relieve pain. They tend to bind to the opioid receptors in the brain and other organs of the body. This, in turn, reduces the body’s perception towards the pain. Along with prescription drugs like fentanyl, oxycodone, and methadone, heroin and opium are also opioids.

Some of the most abused opioids

Due to the high potency of these opioids, their prolonged misuse might lead to an opioid use disorder. In 2014 according to ASAM, over 2.5 million Americans 12 or older suffered from an opioid use disorder. Besides weakening an individual’s immune system, opioid addiction also causes gastrointestinal issues which lead to malnutrition.

Some symptoms of opioid addiction

Another illegal opioid synthesized from morphine is Heroin. 10,574 Americans lost their lives in 2014 due to this drug. Due to its rapid action, this has a high potency to lead to drug abuse. An estimated 23 percent of heroin users become addicted to opioids according to ASAM (American Society of Addiction Medicine). Long-term heroin users experience traumatic withdrawal effects if they do not get the regular dosage due to physical dependence on the drug. As needle sharing and other unhygienic behaviors put people at a higher risk of contracting hepatitis, HIV or AIDS, heroin possesses serious health threats to society.

These are known as CNS Depressants also. These act on the brain and slow down its activity which takes the body into an extreme relaxation state. In situations where people use drugs with alcohol or other drugs to enhance their effects or when people take high doses to achieve euphoria the misuse occurs. In order to take advantage of their victims, Sexual predators also use depressants such as GHB and Rohypnol.

The human body becomes tolerable to these depressants on repeated use. By this withdrawal of that particular drug might lead to severe withdrawal symptoms. This is why am individual must consult a particular physician before trying to get rid of those.

Some side effects of the depressants

Through the use of stimulants, people become attentive, alert and energetic. So, it is used in treating conditions like ADHD and Narcolepsy. Due to their high potency, they are highly abused. Serious addiction to these stimulants might lead to high fever, cardiac failure or even seizures.

Adderall and Ritalin are another two drugs popular among students. They use these to enhance their academic performance. The users of Stimulants develop tolerance to them rapidly. When the individuals get fixated in achieving the same feeling every time they take it. This tends to overdose.

Some signs of stimulant addiction

Hostility, paranoia, and psychosis can be caused due to long term stimulant abuse.

These are the drugs that cause sensory distortions. These may be derived naturally or synthetically. Long-time after taking the Hallucinogens, the individuals experience hallucination flashbacks.

Among high school students, LSD and MDMA are popular. Within the first hour and a half of consumption, the effects of hallucinogens may start.

Some signs of Hallucinogen addiction

It is a sedative that has hallucinogenic properties. Since 2007, Marijuana has soared. 19.8 million Americans admitted to being current marijuana users in 2013 compared to 14.5 million people in 2007 according to SAMHSA. Most of the drug abuse started with Marijuana. Cannabis use is associated with brain damage and memory impairment. Slow reaction times and mental processes are some other results of Cannabis addiction. An important sign of Cannabis addiction is smell.

Some signs of Cannabis addiction

It is well known that drug addiction is of various types. Each and every drug has its own potency. Highly potent drugs tend to show withdrawal symptoms once someone gets addicted to it. Hence most of the individuals feel hard to get rid of this addiction. However, in a properly organised manner, it is possible to get rid of drug addiction. This properly organised manner is well known by many rehab centres. These centres provide guidance to such individuals to help them in getting rid of drug addiction. One such rehab centre is The Living House. In the battle of our clients to reintegrate themselves into society again, we at The Living House encourage and assist them in finding the strength within them to get clean. We make this happen due to our live-in staff members who support and mentor our clients. Our efficient results have differentiated us from many other ordinary rehabs in Cape Town. Our simple policy is to not leave any individual alone at any time during their therapy. For this, we provide them safe, contained space so that they can find and reach their recovery lifestyle. The close-knit community is maintained at our rehab by our staff. We, over here are available for every one of you if you are ready to take steps to get rid of an addiction or if you have someone close to you or someone you love the most who wants us.

At our Rehab Cape Town, once an individual gets incorporated into our environment we not only let them live their sober life but also after a minimum of three weeks duration, we assist and encourage them to take their further steps to become productive. By this they not only are gaining normalcy but also are being built up for their future simultaneously. By making the individual busy in such a way we make them get their future sustainable while gaining normalcy due to the complete occupancy. We have a plan for each and every client. From two different stages in recovery which are primary and secondary stages, we choose the best plan for our clients as they walk-in to us to take their first step towards a sustainable and addiction-free future. None of our staff can make miracles happen. This process might take a short period of time for some, while some others might take a long time to recover. However, our experts are there to take your back as you start to take steps to get rid of drug addiction and substance dependence. Mainly the environment in which we hold our clients, makes them love the beauty of life. Also keeping them in a community where they could interact with others who also are suffering from the same problem of theirs, make them feel encouraged and become confident in attaining success, as they watch the others gaining the same. That is why we are being the best among many other rehabs around us in terms of efficiency. Feel free to contact us if you or the person you care for is needing our assistance or support in getting rid of drug addiction or substance dependence.