Do you feel pain in your legs and other parts of the body like your groin? Is there a visible swelling of the area where the pain occurs? Well then, it is quite possible that you are suffering from deep vein thrombosis that is characterized by the formation of blood clots in the deep-seated blood vessels that disrupts normal blood flow in the area. Luckily, a very simple test exist which can be used to look for indications of DVT. It is known as the Homan’s test, and the indicator is referred to as the Homan’s sign. 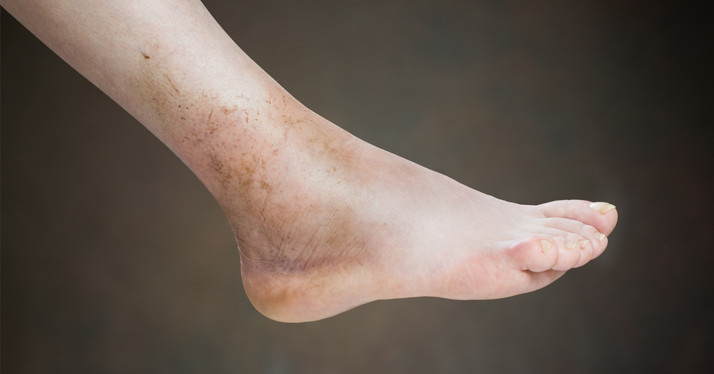 Homan’s sign is a well-known diagnostic indicator that represents the results obtained after performing the Homan’s test. The result can be either positive or negative and accordingly, the presence or absence of DVT is predicted.

The Homan’s test is a vascular procedure that’s totally invasive and thus, very easy to conduct. In order to get the Homan’s sign for DVT, the patient is usually made to sit on a table with legs in a relaxed position. The patient may also be supine with legs stretched out.

The Homan’s sign may be erroneous if the test is not performed exactly how it should be performed. Errors can occur because of the following reasons:

Though a negative Homan’s sign indicates the absence of a thrombosis, it isn’t absolute. Studies and researchers have found out that if the clotting occurs in the veins of the pelvic and thigh regions, Homan’s sign may come out to be negative although thrombosis is actually present. In such cases, the Homan’s sign fails to serve its purpose.

Apart from errors in conducting the test, misinterpretation of the indications can also lead to a false assumption of DVT. This can occur due to the following reasons:

If the patient cannot differentiate between a stretch and pain. When the foot is dorsiflexed, the calf muscles are bound to undergo some stretching. Since the physician will have to depend on the patient’s opinion of pain, if he/she makes a mistake of assuming a stretch as pain, then the results of the test will be misinterpreted.

The pain could also occur due to other reasons like Achilles tendonitis, injury at the back of the leg, shortened heel cords, herniated intervertebral discs, etc. could also be the cause of the pain when the foot is dorsiflexed and DVT may not be present.

Though the Homan’s test is performed to get an indication of the presence of DVT, yet the procedure is just considered as a screening test and not an actual diagnosis. On getting a positive Homan’s sign, the doctor will proceed with accurate diagnostic clinical examinations such as venography, ultrasonography, impedance plethysmography, etc. that will confirm the occurrence of thrombosis.

Though the Homan’s sign may be a poor indicator of the occurrence of thrombosis, yet it is quite often recommended by physicians as a screening test. This is mainly because of the simplicity of the procedure. However, it would be best to use the Homan’s sign along with other common symptoms and signs of deep vein thrombosis to arrive at a conclusion.