Out of 4.2 million deliveries that took place in 2008 in the United States,  a shocking 94% involved a “complication” of some sort. However, while most complications don’t affect the health of the baby or the new mother, it’s necessary to be aware that delivery can also be a traumatic experience for some women. With that in mind, here are a couple of serious issues you should be aware of, as well as how it can affect your mental health  as a new parent. 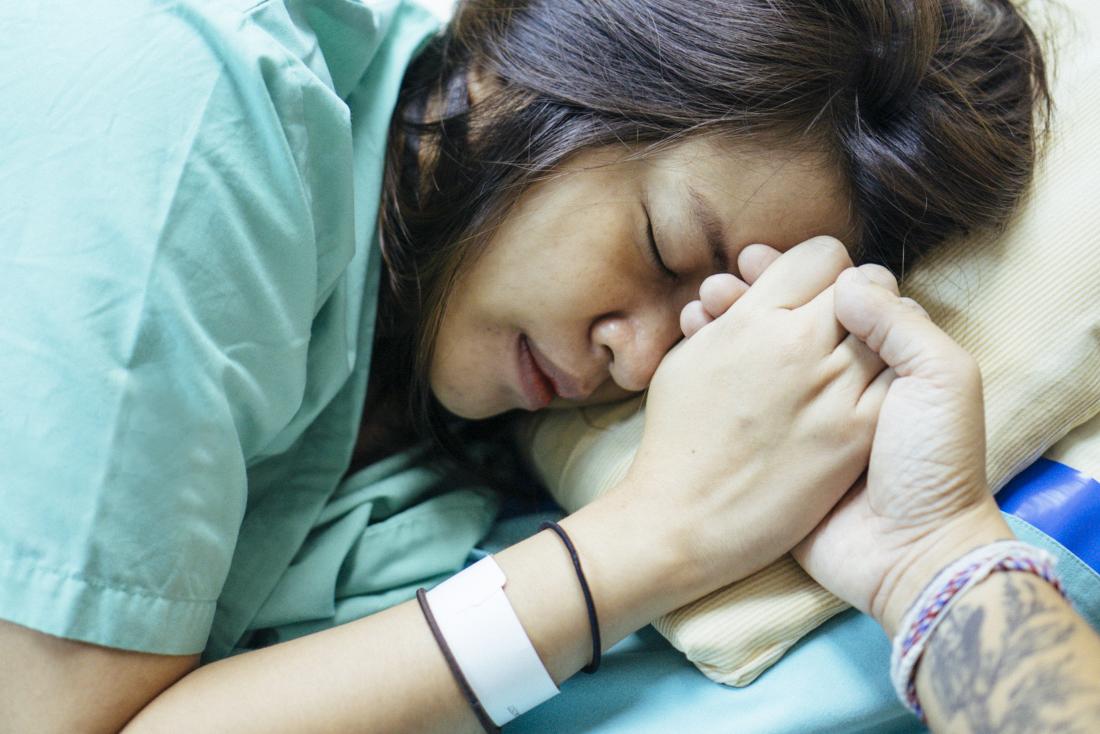 Uterine rupture
Complications during pregnancy and labor are  a stressful thing to think about, though it’s important to acknowledge that they can and do happen in some instances. For example, a uterine rupture, or a tear in the wall of the uterus that generally occurs during active labor, is one rare, yet serious complication that can result in fetal distress, of which can lead to brain damage, developmental issues, or cerebral palsy. This is because in a complete uterine rupture, the rupture allows for the baby to be pushed out of the uterus, which causes the placenta to get separated from the uterus (also known as an abruption). This is a very dangerous situation for the baby, as he or she is likely to lose the connection to the blood and oxygen supply – thus resulting in asphyxia, which can cause damage to the brain.  Placental abruption and cerebral palsy as a result of a uterine rupture can be a traumatic birth experience not only for the baby, but for moms as well.
The breech position
When a baby is delivered, the head is normally delivered first; however, in the case of a baby in the breech position, the baby’s bottom is positioned towards the birth canal instead.  Around 3-4% of all pregnancies will result in the baby being in the breech position, and while usually not dangerous during pregnancy, it can be when it comes time for the baby to be born. For instance, a baby being born in breech can have a heightened risk for complications such as getting stuck in the birth canal, making it a dangerous situation. In many cases, a baby in the breech position during labor generally requires a cesarean section in order to deliver safely. However, it’s important to note that if the baby is determined to be in the breech position earlier on in the pregnancy, it is possible that it’s position can be changed in time before delivery
The importance of prenatal care
It’s important to keep in mind that most pregnancies happen without complications, though on the other hand, those that do may involve risks to the health of the baby, the mother, or even both of them. In such cases, having early awareness and good prenatal care are some of the best defenses when it comes to detecting and managing complications, as well as in preventing any further risks. Not only can early detection and prenatal care help to keep you informed, but it can also allow medical professionals to be aware and prepared when it comes time to deliver. For example, if the baby is determined to be in the breech position before labor, then the doctor may recommend a cesarean section ahead of time, allowing it to be a planned event rather than an “in the moment” decision.
Birth trauma and mental health
For some women, experiencing a traumatic birth can have varying mental health effects afterwards — in fact, approximately 9% of women experience  postpartum post-traumatic stress disorder after giving birth. This may be caused by complications including an unplanned cesarean section, the baby having to spend time in the NICU, or other complications such as a uterine rupture that leads to further issues for the baby, such as cerebral palsy. Women who experience postpartum PTSD may experience a range of symptoms, such as flashbacks, anxiety, and even panic attacks, that may make life as a new mother difficult to navigate for some. Thankfully, the condition is treatable with professional help, though having a strong support system that involves family and friends is also great to have in such situations.
Being pregnant and delivering a baby is a rewarding experience for new parents, though complications can make the experience quite traumatic, whether it be for the new mom, the baby, or both. With that in mind, it’s important to be aware of complications that can occur, as well as ensure that you have good prenatal care that can help when it comes to early detection and managing your health during pregnancy and labor.