The Waardenburg Syndrome refers to a number of genetic diseases which are rare and cause changes in the color of your eyes, hair, and skin. It also changes the shape of your face and also causes loss of hearing. Four types of this syndrome have been identified through research, although additional subtypes can also be present. This syndrome has been named after a famous Dutch ophthalmologist, D. J. Waardenburg, who was the first to identify this rare condition in the year 1951. 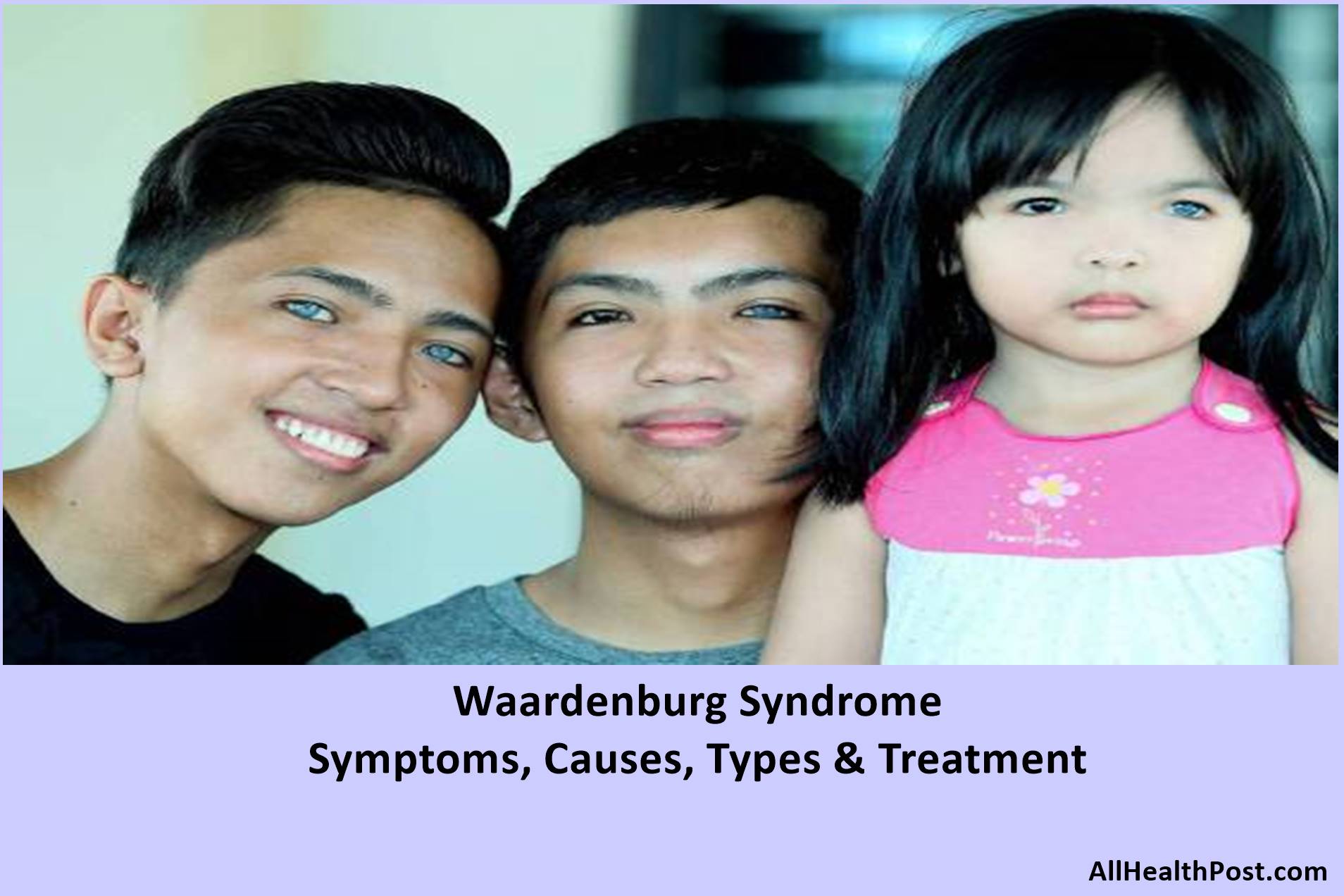 What is the Waardenburg Syndrome?

People suffering from this rare genetic disorder often spotted eyes or even differently colored eyes like one brown eye and one blue eye. They might also suffer from unusual facial structures and other abnormal differences in the way they look, like gray hair at a young age. The features of the syndrome can vary from person to person, even if they all belong to the same family. Waardenburg Syndrome is a disorder which is present by birth in a person and there is no absolute cure for this syndrome, but it can be treated.

Under this type of the Waardenburg Syndrome, 50% of the individuals with this type suffer from hearing loss and the symptoms happen to be similar to that of type 1 with additional alteration in the pigments of skin, hair, and eyes. Under this type, the individuals do not have a wide space between their eyes, which makes it distinguishable from type 1.

People suffering from this type of the Waardenburg Syndrome, have a broad gap between both eyes, and possess a broad nose as well. They experience abnormalities similar to that of both type 1 and type 2 like hearing loss and changes in the pigments of hair, skin, and eyes. Individuals with type 3, tend to have weaker shoulders and arms or may even have malformed joints. Orofacial clefts and intellectual disability are also common with this type. The weak limbs and malformation of the joints make the type 3 distinguishable from the other two types.

The type 4 of the Waardenburg Syndrome causes anomalies in pigmentation like the other types and also can lead to loss of hearing. People suffering from this type of Waardenburg Syndrome also tend to have an ailment known as the Hirschsprung disease. Suffering from this illness can cause blockage of the colon which can lead to severe constipation.

Waardenburg Syndrome is a very rare genetic disease, which affects one in 40,000 people. Several computerized reviews have been presented to assess the distribution of reported occurrences of Waardenburg Syndrome all over the world. The computerized reports suggest that sporadic cases of the syndrome were found in a number of ethnic groups like Japanese, Middle Eastern families, and Taiwanese. But, the highest reported incidence was among the Kenyan Africans. From 2% to 5% of all the cases of deafness caused due to genetic abnormalities are results of Waardenburg Syndrome. The syndrome is largely identified among the fair-skinned populations.

Waardenburg Syndrome is not a contagious disease and cannot be cured with medication. Lifestyle factors do not cause this syndrome. It is usually caused by inheritance in a dominant pattern, i.e., one of the genes affected by this disorder is enough to cause this disorder. In most of the cases for type 1 and type 3, the affected individual has at least one parent with the condition. Certain cases of type 2 and type 4 follow a recessive pattern, where at least two copies of the altered genes need to be present to affect a person with this disorder. Under an autosomal recessive disorder, the parents might not be affected by the disorder but could be carriers of one copy of this gene.
Mutations in EDN3, MITF, PAX3, EDNRB, SOX10, and SNAI2 genes are those that are implicated in the Waardenburg Syndrome. Most of these genes aid the body in forming various cells, like melanocytes which provide pigment to the hair, skin, and eyes. The genes like SOX10, EDNRB, and EDN3 also alter the growth of the colon. Depending on the type of mutation an individual has, the Waardenburg Syndrome that develops is classified.

The symptoms of Waardenburg Syndrome vary from one type to another. But, most people experience:

People might also experience unusual shape of different parts of the body under Waardenburg Syndrome. Here are some of the common abnormalities listed below:

People with type 3 of Waardenburg Syndrome tend to experience some more symptoms in addition to the typical symptoms of the syndrome. They may have:

How to Diagnose the Waardenburg Syndrome?

Waardenburg Syndrome is present in the genes of a person since birth. Thus, doctors can suspect the presence of this disorder in an infant depending on the child’s appearance itself. On suspecting it, doctors can test the newborn for the syndrome. A majority of the affected people are diagnosed in the early infancy while very few still go undiagnosed for years.

To test for Waardenburg syndrome, a sample of the DNA has to be collected from the person’s blood which is taken to the lab to check for genetic mutations that may cause Waardenburg syndrome. The tests can also be done while the mother is still pregnant.

• Cochlear implants to solve the problem of hearing impairment.
• Surgery to remove the blockage in the intestines.
• Developmental support like school for children suffering from hearing loss and intellectual disabilities.
• Cosmetic treatments for covering up the unusual changes in the appearance like grey hair and abnormal skin pigments.
• Cleft surgery to fix a orofacial cleft.

Spreading more awareness about the disease and the kind of support the affected person needs is very necessary to treat a person affected suffering from Waardenburg syndrome.

How to Prevent Waardenburg Syndrome?

Can Waardenburg Syndrome be Dangerous?

Waardenburg syndrome does not have any treatment to cure the person of the disease completely, but, there are a lot of treatments available to manage its symptoms as mentioned above. People suffering from Waardenburg syndrome live a normal life and have a typical life expectancy. They do not need to undergo any lifestyle changes to get rid of the symptoms. Getting diagnosed and treating the symptoms rightly will help to reduce the symptoms. But definitely, the syndrome is not life-threatening when managed under proper treatment. The symptoms might be severe when there is severe hearing loss or blockage in intestines. Even intellectual disabilities can be severe, but, they all can be treated and special support can be provided which would make it easier to deal with.

Like mentioned above, Waardenburg syndrome does not affect one’s life expectancy and does not involve other complications. The physical features affected by this disorder will remain with you for a lifetime. Through various treatments you can manage to cover them up. The pale patches on the skin are likely to get sunburned which must be taken special care of and protected when you are under the sun for too long. Going for a genetic counseling while you are planning for a family can be helpful for building a healthy family.