Anything in excess is an addiction, and alcohol addiction is the physical and psychological inability to withdraw from consuming it. It is a drink that causes the brain to work differently and enhances mysterious nature in a person like cravings for something, negative impulses, impulsive behavior, and the withdrawal symptoms. Alcohol contains ethanol and is consumed by many people in excessive to lose control of their selves. The glass that is raised initially for having the feel-good factor turns out to be a menace on the long run creating ruckus in personal as well as the life of others. People start to enjoy life drinking a glass or two but consume the entire bottle on every possible scope and gets addicted to it shortly. Many people begin as a social drinker becomes addictive and behaves abnormally as there are many psychological and physical changes in them in the long run. 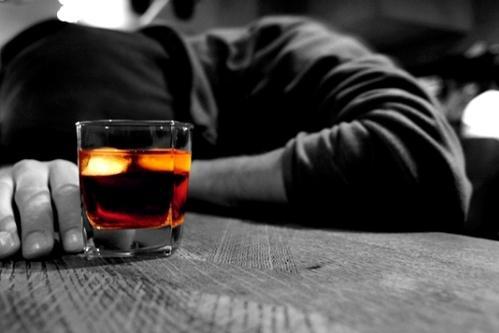 The Signs and Symptoms of Alcohol Addiction

One should notice these types of symptoms in there near and dear ones and take immediate corrective actions and contact a physician and counselor to seek the remedies and bring out the person from this state of mind.

The Side Effects of Alcohol Addiction

People consuming excessive alcohol suffer from high blood pressure leading to cardiovascular diseases. Ulcers in the stomach that often turns out to be fatal, liver damages, problems in the reproductive system, vision problems as they damage the eye, unnatural behavior due to change in the thought process as the brain is damaged, having low immunity system increasing the risk of cancer and cirrhosis, birth defects and many more is observed. They become violent, unsocial, and gets involved in consuming alcohol on every scope and cannot stay without drinking. Alcohol is the most popular drink in the world that can cause addiction. Many people drink within their limits and can control how much they drink, and there are also many people who forget their drinking limits and gradually begin to consume more forgetting everything around them including the responsibilities they carry their shoulders and becomes addicted and turns to be an alcoholic.

Many alcoholics can stay steady even and perform their duties and responsibilities, but almost all others fail to do so and embrace the negative impacts in their life drinking excessively and losing the positive frame of mind.

The Risk Factors of Alcohol Addiction

Alcohol is one of the substances that give pleasure to the brain and manipulates the activities taking control of the brain. People get addicted to drink when the brain demands the chemical to get them and creates a desire in the minds of the person.  Although the life risks of various diseases are mostly genetic, alcohol acts as a stimulant to aggravate the risks. Some may get addicted, consuming lower levels of alcohol daily while many others get addicted consuming volumes and the urge increase with time jeopardizing the lifestyle and health.

People begin to suffer from mental disorders apart from the organ disorders on being addicted to alcohol.  The chemistry of the brain is disturbed by taking alcohol and can lead to addiction. People become dependent on alcohol in the long run, and when they are not under the influence of alcohol due to any reason or other withdrawal symptoms surfaces up. As alcohol drinking in limited quantity occasionally is termed as social drinking for ages, there is no taboo in many cultures for drinking it. But the addiction starts when people start to prioritize alcohol drinking over other things, and that’s when the addiction begins.

The friends and family members are affected by the alcoholic member within them that often turns out to be the root cause of legal, financial, and relationship problems.  With the increase of intake of alcohol, some people even want to have more enjoyment and fun and mix other substances with the drink to boost up the effects. It is not that they do it in their senses, but it is the desire of the brain that compels them to act likewise.

Addiction to alcohol creates health and behavioral hazards that have been already discussed. The short term effects of the addiction are blacking out or alcohol poisoning.  In the long run, alcohol addicts suffer from anxiety, depression, and other critical illness and health disorders.

The withdrawal symptoms of alcohol can be dangerous and often life-threatening, and one should contact some best rehab centers in the area that takes proper care and have a battery of doctors and counselors in their panel to bring back the addicted person to a healthy life.  The addicted person needs to have a comprehensive treatment program and continuous monitoring to get a new lease of life.

Prevention and Treatments of Alcohol Addiction

Although alcohol addiction can be self-diagnosed, many people ignore the facts either for the desire for drinking alcohol or being unable to recognize the symptoms of addiction. The prevention of being an alcohol addict is to restrict the intake of alcohol or to avoid the situation where alcohol is being served. But that is an only hard-line solution for avoiding affinity towards alcohol. Those who are already addicted to consuming alcohol need treatments to say no to the drink and alcohol rehabilitation is the best treatment from coming out of the addiction.

The main focus of drug and alcohol rehab is to help people come out of the addiction overcoming the effects of the withdrawal symptoms under the care of expert health professionals and doctors in a suitable atmosphere. The addicts get round the clock care during the period of detoxification, and after that, counseling and therapy t is done so that the detoxified person does not return to addiction. The physicians and the specialists working in the rehab centers sometimes prescribe certain medicines to overcome the withdrawal symptoms that reduce convulsions and nausea that is most common during the phases of alcohol rehab.

The symptoms of withdrawal can vary from person to person, and some physical symptoms are noticed in the addicted person.

Many alcohol rehabilitation centers are doing a perfect job for bringing out people from the addiction of alcohol and apart from medicines, prolong counseling sessions are held with individual patients to come out of the habit. The counseling sessions include therapy for cognitive behavior, dialectical behavioral therapy, family counseling, motivational therapy, and sometimes motivational incentives. Again meditation, acupuncture, and yoga or outdoor activities like art and music; gardening is also incorporated in the program to focus the idle mind towards positive thinking about health and life.

The counseling and the therapy help the addicted people to get admitted in the rehab centers and gain enough mental and physical strength and think positively about life and overcome the causes the alcohol addiction. They are not only psychological centers but also works under the supervision of the doctors for abstaining people from drinking.

As a part of the alcohol rehab process, the doctors present in the rehab centers prescribe some medicines that are approved by the law of the various state to get relief from the withdrawal symptoms like insomnia, depression, and anxiety.  The professionals also prescribe medicines that reduce excessive sweating, nausea, or flushing that is often related to taking excessive volumes of alcohol.

Some medicines are also given that prevents the cravings and desire for taking alcohol, reducing the mental blocks and side effects like intoxication and euphoria. The ultimate goal of these rehab centers is to cure a person of the addiction of alcohol with a combination of medicines and proper counseling and therapy to give the addict a new lease of life.

It is not only the time that one spends in the alcohol rehab centers that lasts for about 90 days, but the lifestyle after the release is quite important not to return to the old habit. One can say it is a continuous effort by the sufferer and the family and friends to encourage not to return to the old practice and people can join many groups who are against the addiction of alcohol and organizes seminars, sessions, camps educational programs, personal monitoring programs, assisting employments and regular testing against liquor. One needs to stay in touch with them and can even be a volunteer to boost up the spirits to say no to alcohol and return to a healthy lifestyle.

The aftercare programs are vital to staying away from alcohol, and it is not possible without the support of the family members and friends and peer groups. Meetings are held at weekends to get continuous mental support to live a sober life. Well, alcohol addiction is chronic, and the individuals passing through the rehab process faces the challenges every day of their life as the brain and mind takes time to wipe out the desire and craving for the substance. Aftercare and peer support are essential to come out of the horrible state of addiction and maintain a sober life saying no to alcohol.

Alcohol addiction not only makes the life of a person miserable but also affects the family member’s both mentally and financially. Nothing in excess is good, and one should always take corrective steps to get out of drinking alcohol in excess getting admitted in some of the best rehab centers.  The withdrawal phase of quitting drinking is one of the most critical stages during the process, and one who can come out winning during this phase can surely come out from the addict to alcohol. The boosting of mental strength and the support from the family clubbed with the efforts of the doctors and psychiatrists helps the addicted person to have an enjoyable life leaving alcohol. They should always be in good association and in touch with the rehab centers to sort out any urge they might feel to consume alcohol after being successfully treated for the addiction. Nothing is impossible with pure determination.